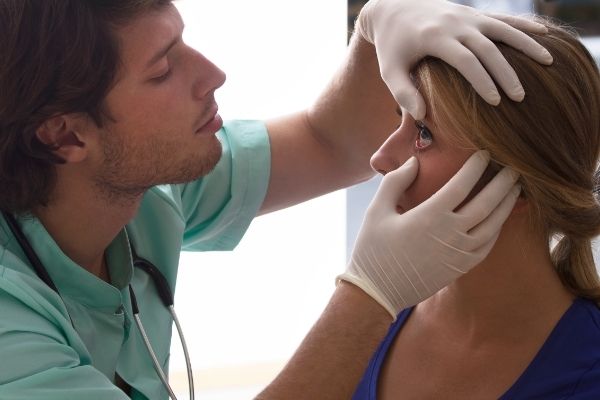 Elmiron lawsuits stem from eye-related problems experienced by some users of the drug Elmiron (pentosan polysulfate sodium). Since the medication’s approval by the U.S. Food and Drug Administration in 1996, doctors have been prescribing Elmiron to patients diagnosed with a painful bladder syndrome known as interstitial cystitis. However, mounting evidence of Elmiron’s possible role in vision-threatening eye conditions has led both sufferers and medical practitioners to reconsider Elmiron’s role in treatment plans.

Medical professionals worry that Elmiron may be toxic to the retina. This nerve layer at the back of the eye is critical to sensing light and triggering impulses that travel to the brain so a visual image can be formed.

Concern about Elmiron surfaced in 2018. A study at Emory University looked at a group of patients with atypical changes to the part of the retina essential for clear central vision. In examining their histories, the only common link among these people was taking Elmiron. The same researchers reported similar retinal changes in more Elmiron users in 2019.

Prompted by these results, researchers from Kaiser Permanente in Northern California studied their own patients taking Elmiron. They discovered that roughly a quarter showed signs of retinal damage. They also saw a connection between the rate of toxicity and the amount of the drug consumed. Their findings were presented to colleagues at the annual meeting of the American Academy of Ophthalmology in 2019.

What Elmiron Users Need to Know

Interstitial cystitis affects more than a million people in the United States (mostly women). Because of its proven effectiveness and its status as the only FDA-approved drug to treat this bladder problem, doctors commonly turn to Elmiron as their first choice.

With new concern over Elmiron’s side effects, sufferers may need to explore other options, such as NSAIDS, bladder installation therapy, and antihistamines. Each individual and her doctor need to discuss the benefits and risks of continued Elmiron use.

In June 2020, the FDA added the following to the information dispensed to patients when they pick up their prescription of Elmiron:

“Pigmentary changes in the retina, reported in the literature as pigmentary maculopathy, have been identified with long-term use of ELMIRON®. Although most of these cases occurred after 3 years of use or longer, cases have been seen with a shorter duration of use. While the etiology is unclear, cumulative dose appears to be a risk factor. Visual symptoms in the reported cases included difficulty reading, slow adjustment to low or reduced light environments, and blurred vision.”

The FDA also recommends “a baseline retinal examination (including OCT and auto-fluorescence imaging) for all patients within six months of initiating treatment and periodically while continuing treatment.”

As the possible side effects of Elmiron continue to surface, many more users will join those who are already seeking recourse. If you are dealing with problems such as blurred vision, vision loss, retinopathy, or maculopathy and used Elmiron at any point in your life, consider legal counsel. Legal Help Services can evaluate the strength of your Elmiron case and put you in touch with product liability attorneys. These professionals remain on top of the latest developments concerning Elmiron and can guide you through the complexities of the legal system to maximize the chances of receiving just compensation.