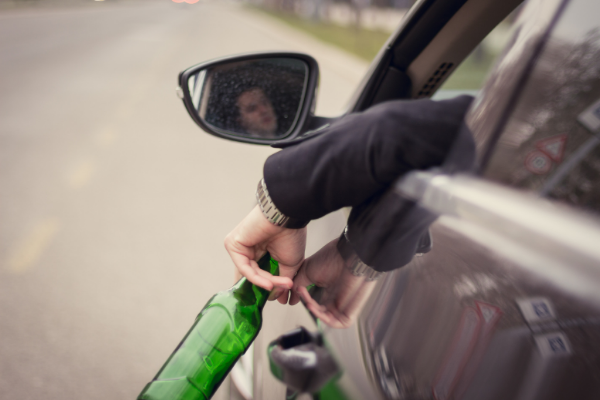 Drunk-driving lawsuits result when someone's ill-advised decision to operate a motor vehicle while intoxicated results in harm to people or property. According to the National Highway Traffic Safety Administration, almost 30 people in the United States die in drunk-driving crashes every day. That translates into the highly unacceptable rate of one person every 50 minutes!

While the annual loss of more than 10,000 lives to drunk-driving crashes is hard enough to swallow, every victim leaves behind a legacy of pain. Spouses, children, parents, and others close to the deceased face unspeakable grief. They also oftentimes encounter overwhelming financial difficulties. Survivors may possess hefty medical bills from efforts made to save their loved one, or they may suddenly find themselves trying to operate a household with one less income. The trauma may make returning to work themselves difficult, resulting in lost wages.

In addition to fatalities, hundreds of thousands of citizens each year suffer injuries caused by drunk drivers. Some of the most common problems experienced include:

Oftentimes, people do not heal easily from these types of injuries – if at all. They may require ongoing medical attention such as multiple surgeries and extensive rehabilitation. Pain caused may make simple life skills challenging or lead to limited employment options. Families may require home-based assistance to meet the injured person's care needs.

Realize, too, that more than one person in a family may suffer injuries caused by a drunk driver. An intoxicated motorist may strike down a mother and her kids walking to the park or hit a four-person family riding in an SUV on their way home from a restaurant outing. Trying to deal with the medical issues of multiple people at the same time can feel like a living nightmare.

Perhaps nothing illustrates the saying "life isn't fair" more than the consequences of a drunk-driving incident. Innocent people get their lives taken or altered simply because they happen to be in the wrong place at the wrong time.

While pursuing a case against the person responsible for what happened cannot undo the damage done, such action still can prove useful. Compensation awarded in court can assist with medical bills, physical and psychological therapy, lost wages, and other expenses incurred by those struggling to make the best of a horrid situation.

A personal injury lawyer will ask various questions about the incident to gain a greater understanding of the event and its aftermath. The lawyer also will examine police reports and other documents for information such as the driver's blood alcohol level and previous DUIs (driving under the influence). Knowing where the drunk driver became intoxicated also could prove useful as many states have laws that make liquor sellers and servers and even party hosts liable for harm caused by an alcohol-impaired driver.

The catastrophe caused by a drunk driver undoubtedly left your family with enough on its plate. You deserve the opportunity to let a caring professional in your corner strive for some semblance of justice.