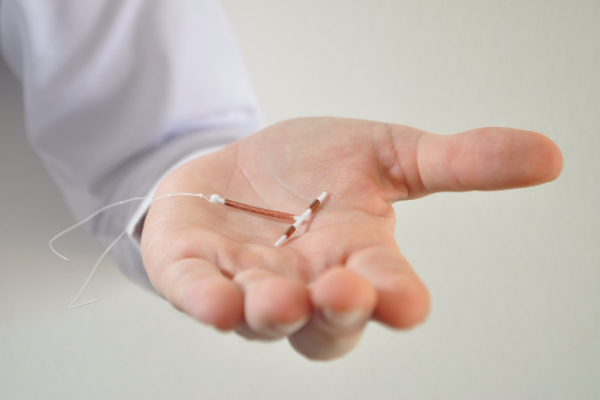 Paragard lawsuits stem from problems experienced by women using this type of birth control. While Paragard has not been recalled and medical professionals continue to insert this contraceptive in patients requesting it, an increasing number of complaints make the device's future uncertain.

Paragard is a type of IUD (intrauterine device) – birth control that rests inside a woman's uterus. Paragard is a small piece of flexible plastic that's shaped like the letter T. Unlike other IUDs that the Federal Drug Administration (FDA) has approved for use in the United States, Paragard contains a copper coating. Sperm do not like copper, and they fail to reach an egg to fertilize it.

Other brands of IUDs rely on releasing hormones to prevent pregnancy by either creating a female reproductive environment inhospitable to sperm or by suppressing ovulation, Thus, Paragard presents an attractive alternative for women who do not wish to use contraception containing hormones. Some women experience unpleasant side effects such as weight gain, moodiness, or headaches when using hormone-based birth control. Others worry about long-term risks such as cancer.

With an effectiveness rate of about 99 percent, Paragard proves extremely reliable at preventing pregnancy. It also possesses the advantage of being long-lasting and reversable. Once professionally inserted, the device can remain effective in a woman's uterus for up to 10 years. If she would like it taken out sooner in order to become pregnant, that option exists.

Most complaints regarding Paragard stem from breakage of one or both of the "arms" of the T-shape design, especially during removal. This occurrence may necessitate an invasive procedure similar to a C-section to remove the detached IUD piece. Extreme cases have forced some women into having a hysterectomy – removal of the uterus and permanent infertility.

Sometimes, doctors have been unable to find the broken piece at all. This rogue bit can become embedded in the uterine wall or travel to other parts of the body. Infections, organ damage, severe pain, and pelvic inflammatory disease become potential outcomes.

Paragard is not the first intrauterine device subject to problems. The Dalkon Shield, popular in the 1970s, was recalled by the FDA in 1980 due to its role in infertility, pelvic inflammation, and miscarriage. A trust fund established in 1990 compensated women for injuries. In more recent times, the IUD known as Mirena has come under scrutiny as a potentially dangerous product.

Currently, Paragard users who have experienced problems are seeking consult to file individual cases. As more sufferers come forth, however, the possibility exists for a class action suit down the line. Teva Pharmaceuticals originally created the device but sold the brand of birth control to Cooper Companies in 2017 for $1.1 billion.

Now is the time to find a legal expert who can stay on top of developments and maximize your potential to receive just recourse. Let Legal Help Services evaluate the strength of your Paragard case. A skilled product liability attorney can educate you on the legal process and help you move forward in receiving monetary compensation for medical bills, fertility treatments, and pain and suffering.